YOUNG EMISSARIES - WHERE ARE THEY NOW?

For 18 years, the Southern New England Consortium (SNEC) has been a home for Israeli Young Emissaries. The emissaries are from our Partnership communities in Israel: Afula and Gilboa Region.  Instead of entering the Israel Defense Forces immediately after high school, the emissaries have deferred their army service for a year, and have gone through an intense application and year-long training process in order to perform a year of service in the United States.  The emissaries are trained as experiential, hands-on novice educators, working toward creating meaningful connections and living bridges between the partnership communities in the US and Israel. The emissaries live with American host families and work in our local Jewish agencies as well as the public schools.  Incorporating these young Israelis into our schools and communal agency programs is an incredible opportunity for our students, families and our community at large. These students are role models and the best Israel has to offer.

We are excited to welcome back our past Young Emissary  (2014-15), AVIV JERBI as our Central MA Shaliach this year! 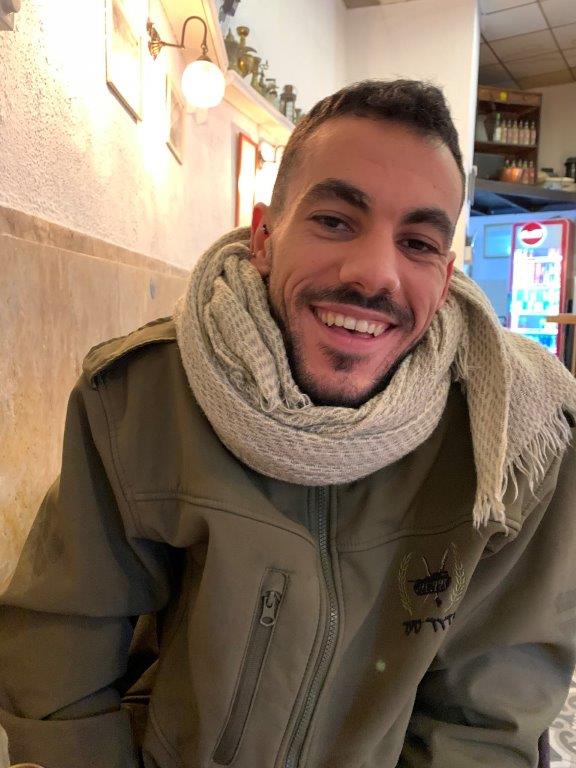 But that connection will be renewed later this year in Worcester with the arrival of an Israeli Shaliach.  And that Shaliach is no stranger, — Aviv Jerbi served in Central MA as a Jewish Agency for Israel’s Partnership2Gether Young Emissary in 2014-15.

Jerbi, 25, will arrive in Central MA in August and stay a full year.  As Shaliach, he will live in his own apartment, as opposed to living with host families as he did as a young emissary six years ago.

Jerbi will work with synagogues throughout Central MA and their religious schools, and on projects with the Jewish Federation of Central MA, which is sponsoring the program.

“We are so excited to welcome a Shaliach into our community next year,” said Steven Schimmel, Executive Director of the Jewish Federation of Central MA. “There are tremendous opportunities to continue to enrich and strengthen our connection to Israel, and I’ve been working closely with our Young Emissary Coordinator Liz Baker to ensure a successful Shaliach program. A Shaliach will undoubtedly enable us to develop deeper and more meaningful connections, especially as our community returns to normalcy from the pandemic.”

Jerbi hails from a small village called Tefahot in the north of Israel.  His mother and her family made Aliyah from Morocco. His father’s parents made Aliyah from Libya, but he was born in Israel. Jerbi, like other Young Emissaries, delayed his service in the Israeli Defense Force (IDF) in 2014 for a year to participate in the program.

After returning home to Israel, he fulfilled his military service. After spending some time travelling, he began working at the Alexander Muss High School, an English-speaking school in Israel. Jerbi currently is director of informal education at the school where he handles “recruiting and training counselors, managing them logistically and their activities,” he said.

One of Jerbi’s goals has been to return to the U.S. as a Shaliach, and he underwent extensive training at the Jewish Agency’s Shlichut Institute to prepare. He attributes his interest in being a Shaliach to his love of education. “Education is something that I’m very passionate about, especially about Israel,” he said. “My plans are to begin my high education right after my Shlichut.”

Jerbi said his previous year in Worcester and the relationships he forged there will be an advantage in his work as shaliach.  “I’m calling it a soft landing and even more than that, Central MA is a safe place for me, a second home,” he said. “I came a long way there as an individual, professionally and personally.”

While there are currently Shlichim in both Rhode Island and New Hampshire, none of the SNEC communities throughout Massachusetts or Connecticut have signed on to the Young Emissary program for the 2021-2022 year.

Last year, after Central MA’s Young Emissaries were forced to go home in March due to the Covid pandemic, Central MA remained connected to some of their former emissaries through “Where Are They Now?” articles written by the young people, videos and Café Israel, a Sunday morning Zoom presentation by emissaries.

LETTERS FROM PAST HOST FAMILIES

A video montage of our Past Young Emissary Mimouna Celebrations.

Making Shakshuka with Tamar Melech (2017-18) and buying ingredients in the Carmel Market.