Camp Yavneh welcomes & embraces Jews of all denominations. Yavneh is committed to creating an environment in which individual's identities will be safeguarded, but in which people will have the opportunity to engage, challenge and argue with each other. The Camp is committed to this ideal of interpersonal engagement, because through exposure and understanding people deepen their own self-understanding and connections to Jewish life and tradition through their appreciation of legitimate, alternative points of view.

Camp Yavneh is situated on 65 acres of woodlands and waterfront in southern New Hampshire, a short 90 minute drive from Boston. Our largest draw is in the New England states. We have quite a number from the New York/New Jersey area and the Baltimore/Washington area. In addition to those locations, we attract campers from many other states in the U.S. and some foreign countries.

Steeped in tradition...
Now in its seventh decade Yavneh integrates the traditional camp setting with a strong Judaic component. Many of our current Yavneh campers are 2nd and 3rd generation offspring whose parents or grandparents met at Yavneh. 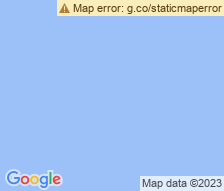